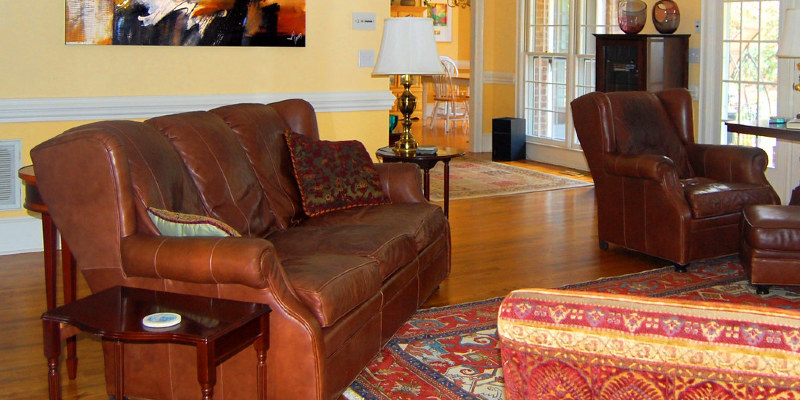 Even in the event that you don’t know who Norman Foster is, chances are you’re familiar with his work. Take a moment to look the Swiss Re Tower in London or the Hearst Building in New York to refresh your memory — remember now? It’s fairly tough to forget Foster’s unique appearance.

“How Much Can Your Construction Weigh, Mr. Foster?” Traces the existence of the British architect — from his life in Manchester, to his education at Yale, to his very first company in London, to his worldwide triumphs. The documentary is distinguished by its striking cinematography and extreme narration, which only emphasizes Foster’s extraordinary work. But what’s even more fascinating are the pieces of insight that the viewer gets into Foster’s persona. His love of flying airplanes, his personal dress and his distinctive hand drawings are all part of what creates his apparently effortless architectural style.

The enigmatic name of this film comes out of a well-known question that American inventor, architect, author and all-purpose genius Buckminster Fuller once requested Norman Foster. Both had a fantastic friendship, and Fuller was always challenging Foster’s views, particularly in the domain of sustainability. Fuller once requested Foster how much one of the buildings weighed. Of course, he didn’t have an answer then, but Foster figured it out a week or so later. By answering the question, he realized that most of his building’s weight has been stored in the unseen concrete areas of the structure — a complete waste of material. To Foster, powerful design was tied into layout which has been lasting and was eco friendly, and he strongly believed that his buildings should do the most with the least way possible.

Directed by Spanish documentary filmmakers Norberto López Amado and Carlos Carcas, the film was created by Antonio Sanz and Elena Ochoa. Although creating a film on Foster was something the supervisors and directors had discussed within the course of many decades, it didn’t quite click until they moved to a trip to Foster’s newly assembled Beijing Airport — what is now the most significant building in the world.

The filmmakers meshed with Foster and his group, and determined that producing this film was a must. “I’m not an architect, nor do I consider myself someone who understands architecture,” states Carcas. “So for me, the main issue in this film is’Why should I care about architecture, and also what does it matter to me?'”

Above: The Millau Bridge in Southern France

The film covers Foster’s life, career, architectural achievements and worldwide influence in fantastic depth. The majority of his primary work is shown at some point in the film, but many of his more famous pieces are discussed in detail. The Hearst Building in New York, The Reichstag in Berlin, the Millau bridge in France, London’s Swiss Re Tower (pictured here), the HSBC Main Building in Hong Kong, along with the Wonderful Beijing Airport are all examined in terms of their structure, inspiration and architectural technique.

Above: The Swiss Re Tower in London

The cinematography in this film is just striking. The camera moves slowly, frequently drifting through foggy skylines as the edges of Foster’s epic designs are slowly revealed. All of Foster’s major works have been shown from incredible angles, and in ways which most people would not see unless they had been right there. Each framework highlights the magnificent intricacy of the design. As somebody who had only the smallest bit of experience with Foster’s job, it was jaw-dropping to see such shots — it’s hard to imagine how beautiful these buildings have been in person.

As a unique contrast to the big and bold shapes of Foster’s buildings, his most delicate hand-drawings look many times throughout the movie to illustrate the structures and techniques he is describing — and frequently his clearly labeled sketches clarify concepts better than the more complex computer renderings. His drawings are extremely controlled — there are no wasted lines or movements — just like his buildings.

Above: The HSBC Main Building in Hong Kong

Above all else, this film leaves the impression that Foster is an artist. The film explains how Foster constantly carries around a pencil and paper, just in case inspiration strikes — and as an artist, he finds inspiration in the strangest places.

More:
Eames on File: The Architect and the Painter