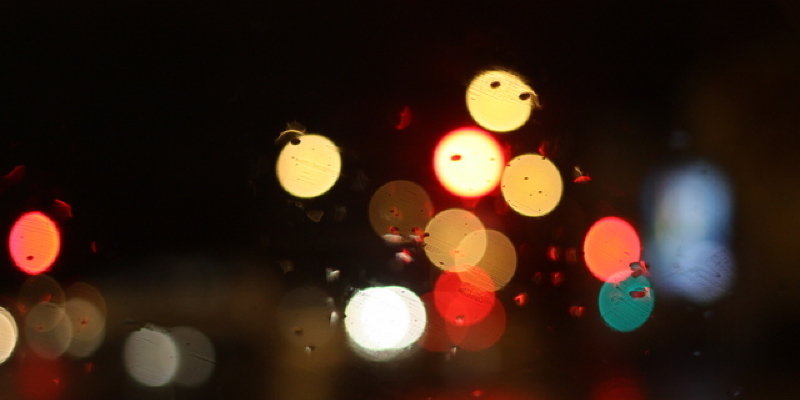 When I was growing up, my mum could bemoan others’ restricted imaginations: “Some folks can not see possible; they just can’t picture things.”

My difficulty was not a lack of creativity. An argument may be made that I’ve had too much creativity, bordering on delusion. Take the second house my husband and I purchased. When there had been a category on Facebook for posting the status of someone’s relationship with one’s house, mine could have stated, “It is complicated.”

Let us start with the good things: It was in a beautiful setting with a pool, large yards and many gardens, surrounded by lovely woods. It was near my husband’s office and in a fantastic school district. Most important of all We could afford it.

A wall of windows overlooks natural lighting and the view.

Today you want to brace yourself. The prior owners were DIY-ers from the 1970s. That about says it all, however, I will press on with all the details. There was wall-to-wall carpet everywhere, and I really do mean everywhere: bathrooms and kitchen included. The ceilings laughed at mere popcorn, aspiring to stalactites. Are you seated? Because I am just getting started. Faux beams? You betcha! Cedar shakes? A wall of them! Fake brick? Two partitions! Paneling? Eight rooms and seven fashions! Volcanic-looking rock? Going all the way up the staircase! I knew it was a nightmare, however, I watched all the possibilities. I knew we could sand ceilings and paint paneling and tear out the carpet as well as the faux everything. And we did. We went room by room, including windows and replacing, retexturing and repainting walls, ceilings and floors — from the day we took ownership until days before it burned down. However, all this was only makeup; there was more.

We fulfilled our house on a rainy day so, not surprisingly, it was dark inside. The entrance led to the dining room, which was the center of the house. To the north was a doorway to a hall that led to a bath and bedrooms. However, the east wall was a door to another bedroom. To the south was a large archway that opened into the kitchen and the rest of the house. On the other side of the west wall were the mudroom and the garage. That there were no windows did not register for me as a problem; neither did the home’s deep eaves nor that it faced north and south sat in a valley surrounded by woods.

I am sorry to let you know, I saw that the light (figuratively speaking) once we closed on the house, and that was just about the only light we found in that house. We put in so many windows and light tubes, which surely helped, but the overall lack of light was an eye-twitch-inducing source of frustration to me. True, I was sensitive to temptation from sunlight and a bit claustrophobic, but a troll could have suffered from seasonal affective disorder in the house.

My sister, Torey, pooh-poohed me. She recorded all the great things we’d done and our beautiful setting. I gently scratched in my neck and held my peace. A couple of weeks later we were watching a detective series and there was a suspenseful moment when a character is locked in a toilet and might or might not be dead. The detective runs up many flights of stairs, pounds on the door and must break down it.

“If the detective was running up the staircase, you were wondering if another man was dead, were not you?” I asked Torey later.

“Well, I wasn’t. I noticed that the stairwell didn’t have any windows, but there was a shaft of sun, and I was wondering if there was a skylight or when the gaffer had lit it unnaturally.” She simply stared at me, all the Pollyanna run dry. Several years later, when she was house hunting, she availed herself of my mania/expertise.

This well-placed window lighting a hall and is a beautiful focal point.

If you are in the market for a house, light may not be in your own checklist, but it should. Here are some things to think about:

1. What direction does the house face? Our new house still faces north, but it’s an open floor plan and is filled with windows, so every room and hall has indirect light constantly and direct light at least sometime in the day. The principal living areas and bedrooms all face the south, which here in Michigan allows passive solar energy throughout the winter. Throughout summer time the sun is so large that the light downstairs is indirect and beautiful but upstairs the bedrooms heat up considerably. I wouldn’t ever say we’ve got too much light, but I’ve invested in window coverings to allow us to temper our glorious prosperity.

2. What rooms do you use the most and when? Since we’ve got a wooded hill to the west, the hot and low light of the setting sunlight is filtered. My sister-in-law’s house faces west, but the majority of her living spaces were designed with large windows to take advantage of the lake views to the west. A line of trees to the south shelters the house in the summer from the beams of the intense summer sun.

3. What is the window scenario? What was so challenging about my prior home was that the lack of windows. The room shown here is dark, but the beautiful windows makes it feel as if you are in a tree house rather than a cave. Friends of ours designed and built a beautiful, light-filled house. In working out the floor plan, they opted to put their bathrooms and mudroom in the center of the house and hence without windows, an option they regret.

The window scenario goes both ways. Other friends have a house on a hill. A bank of windows in their living room showcases the magnificent view to the east and floods the room with morning light. It was all I could do to keep from throwing myself onto the (bright!) Floor, in a sense of wonder and envy. For my friend it was a nuisance — her blinded toddlers encounter each other while they played. She purchased a huge and expensive shade soon after they moved in.

When a house has an abundance of windows, assess whether you need to add window coverings to your budget. The cost for even the least expensive shades can be considerable.

A big corner window is perfect for a modern house.

If we were planning the new house, I made it crystal clear that maximizing natural light was overriding. (Picture Scarlett O’ Hara shaking her fist and swearing she’ll never be hungry again.)

Throughout the framing phase, the builder posted pictures online. The caption next to our great room stated, from the understatement of the century, “An unobstructed, naturally day lit open space was a priority for the homeowners.”

What about you personally? Did you consider light once you purchased your house? Did you overlook or dismiss another fundamental attribute? Tell your story in the Remarks.